Wang Jianfeng, member of the Standing Committee of the Xuzhou Municipal Party Committee, and his party visited Xinfengming Xinyi Industrial Base Project

On the morning of May 18, Wang Jianfeng, member of the Standing Committee of the Xuzhou Municipal Party Committee and Executive Deputy Mayor, together with Ding Guangzhou, Deputy Secretary-General of the Xuzhou Municipal Government, Xiao Qinghong, Director of the Finance Bureau, Chen Zhiwei, Deputy Director of the Municipal Development and Reform Commission, and relevant departments Mayor Liu Lei and the main leaders of the Economic Development Bureau, the Finance Bureau, the Economic Development Zone, the High-tech Zone and other major leaders visited the Xinfengming Xinyi Industrial Base project site for on-site investigation and guidance. Group Vice President, Xinyi Base General Manager Li Guoping, Vice President The manager Wu Bin received a warm reception.

Mayor Wang and his entourage, accompanied by President Li, inspected the project site, listened to the report on the progress of the project, guided and requested work arrangements such as preparation for the groundbreaking ceremony, safe construction, and project progress, and asked about existing difficulties and problems. Said that the Xinfengming Xinyi Industrial Base is a major industrial project in Jiangsu Province, which is of great significance to the local economic construction and social development of Xuzhou. The municipal party committee and the municipal government are very concerned about its progress and will take the initiative to connect, provide good services, and serve attentively. The government and enterprise have close communication and cooperation, and work together to promote the early start of construction, early production, and early scale formation of the project, so as to achieve a win-win situation for enterprise development and the local economy. 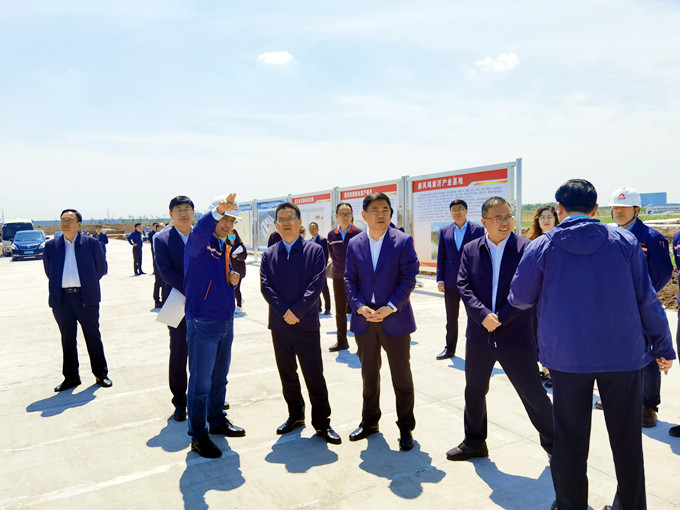